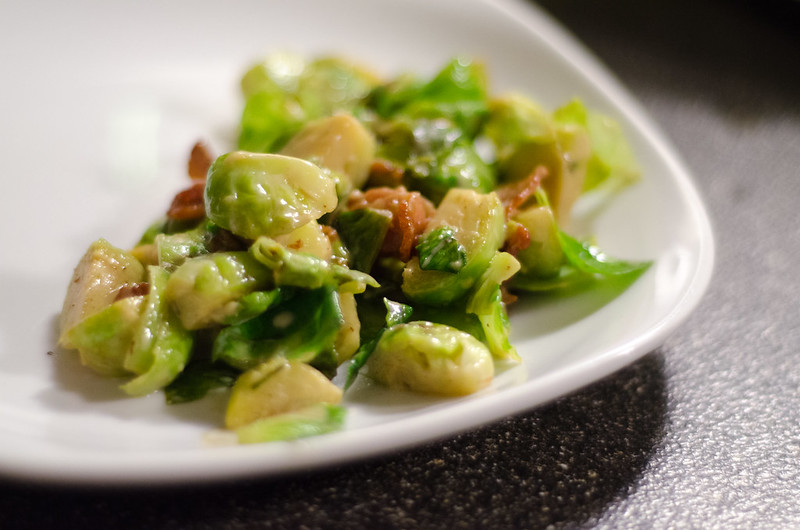 This dish. Oh, this amazing dish. I’ve mentioned it before, briefly, when I first had it at the Blue Spoon for my birthday last year. I had every intention of re-creating it at home and sharing the recipe with you but then…well…things kinda fell apart.

Shortly after I first made the dish at home, H came down with a nasty stomach virus. M had a gig out of town that weekend and I thought I’d managed to avoid coming down with the bug, but mere hours after he left…I got sick too. All night, all by myself. No sleep. The morning brought me two bright eyed children who had slept soundly all night, one of whom had to be at her very first dance class mid-morning. I’m sure all the fellow dance parents in the waiting room thought I looked horribly hungover.

All this to say – you know how when you get a stomach bug and you can’t manage to eat whatever it was that you ate right before said stomach bug, regardless of whether that food had anything to do with it?

I couldn’t stomach the idea of Brussels sprouts for ages afterward, or rosemary in any form. Bacon I came back around to pretty quickly but it’s been almost a solid year before I could even entertain thoughts of making this delicious dish again. Heartbreaking!

Heartbreaking because it’s so good. It would be like having your favorite birthday cake (well…*) right before coming down with something. A tragedy. 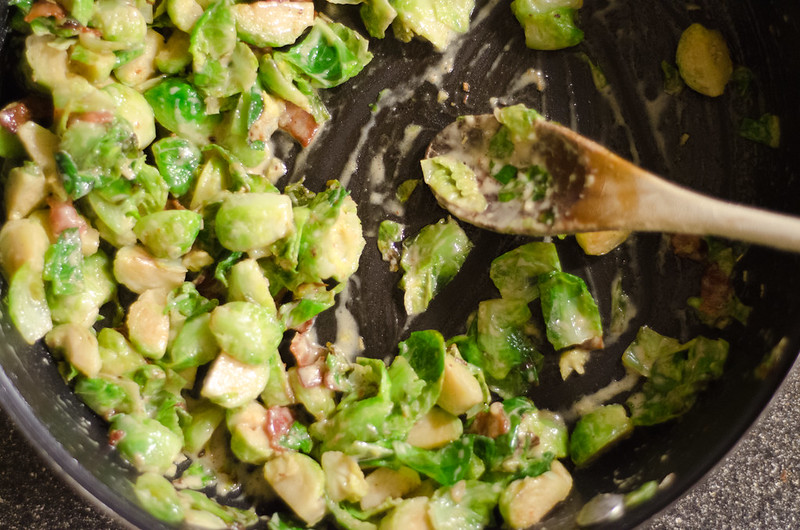 Put chopped bacon into a large skillet and fry over medium heat til crisp. Set bacon aside when finished but do not drain bacon grease.

Meanwhile, wash Brussels sprouts and cut ends off. Remove any undesirable leaves and cut into quarters. (If they’re small, halves will do.) Add to pan with bacon grease and cook until tender, adding the garlic near the end.

When the Brussels sprouts are tender, add the cream, mustard, rosemary, salt and pepper. Stir well to combine and let cook for a few minutes until sauce thickens slightly. Finally, stir in bacon. Serve and enjoy! 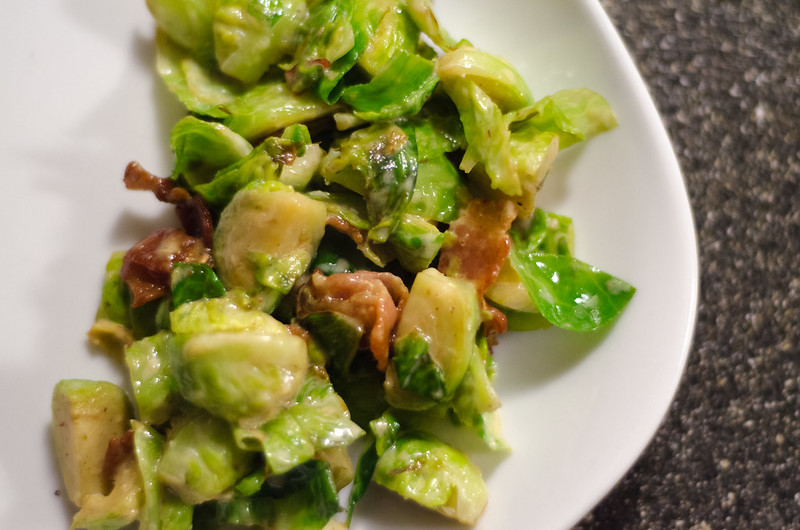 *I mean, they are Brussels sprouts. Nothing like cake. But you get the picture.

2 thoughts on “brussels sprouts with bacon and mustard cream sauce”